Family legend has it that our founder Frank Lalanne, the son of French immigrants, originally started in business in 1916 after winning a bicycle shop in a poker game. Whether that’s true or not, we do know that about that time Frank opened Lalanne’s Vulcanizing Works on the corner of Main and Olive, in Porterville California. It wasn’t long before Frank’s company became one of the first in Tulare County to receive shipments of rubber tires. 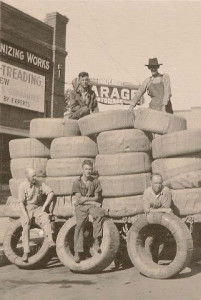 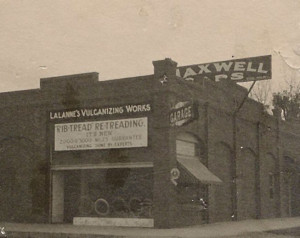 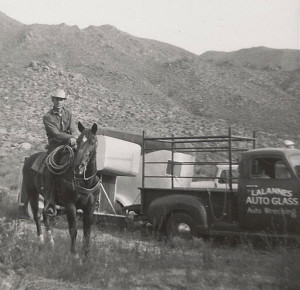 From Rubber to Steel

Turning Over the Reins

In the late 1950s, Frank and Florence retired turning over the reins of their business to their son, Gary, and his wife, Arvala. Gary and Arvala expanded the business by adding DuPont Automotive Paint and auto body supplies in 1960.

Their sons, Gary II and Jon, joined the business in the 1970’s. Under their management, the business continued to expand.

Lalanne’s is a business that doesn’t stand still — it never has. But throughout our 90-something years and all the changes, one thing hasn’t changed: Our Core Values. We strive to treat our customers as we would like to be treated. Our longevity testifies to the fact that we have lived up to those values and have kept our customers satisfied.